A Weekend Trip to Electric City

Scrantonians have a saying: "All roads lead to Scranton." I'm not sure how true that is, but I can attest that several of my relatives called Scranton their hometown. I visited the area about three years ago seeking to set eyes on the grave of my great-grandparents on my father's side. At the time, I made the mistake of looking in the wrong town for the cemetery. Later, my dear husband did a little more investigating so we returned and this time ready to look in the right place. I'm happy to say that we found them in a little Ukrainian Orthodox resting place located near the Scranton/Taylor line.
You can read about my great-grandfather and my first trip to the Scranton area here.
What we also missed on that last visit was the beautiful, repurposed Lackawanna Train Station, several wineries, a meadery, an "Office" tour, some great Mofongo and the many interesting little creatures that can be seen at the Scranton Aquarium.
A Train Station Turned Hotel
Scranton started out with an agriculturally based economy, but transitioned to a mining economy in the late 1840's with the construction of the city's iron mills.This led to the manufacture of iron rails, which formerly had been imported from England. The 1850's and 1860's saw the emergence of railroad lines, including those that would form the Delaware, Lackawanna and Western Railroad, all of which contributed to Scranton's economic strength. The railroad service paved the way for coal mining and Scranton, having one of the largest stores of anthracite coal in the world, benefited from the ability to distribute the region's coal and iron products throughout the United States. As the railroad prospered, so did Scranton and the city's wood-frame train station was replaced with a Victorian-style brick station in 1864.
In 1899, the new President of the D.L.W. launched plans to remodel the entire rail line and soon plans were in the works for a new passenger station and railroad headquarters in Scranton. The new building would replace the existing brick station and a competition was held to select an architect. Kenneth Murchison's reputation preceded him and he was chosen for the job. The New York City architect was already known for train station design, having drawn up plans for terminals at Buffalo, Baltimore and Hoboken. Ground was broken in 1906 and the end result made headlines as one of the most beautiful stations in the nation. Built in the French Renaissance style, with six columns facing the front, it was an imposing structure.

The interior was no less impressive. The two-and-a-half-stories high waiting room was capped by a barrel-vaulted ceiling of leaded glass, its walls crafted of Sienna marble and its floors of terrazzo tiles. 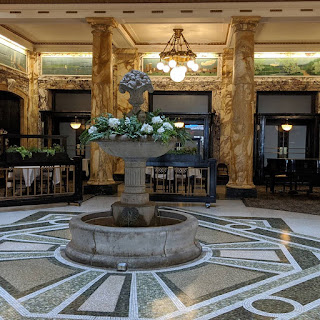 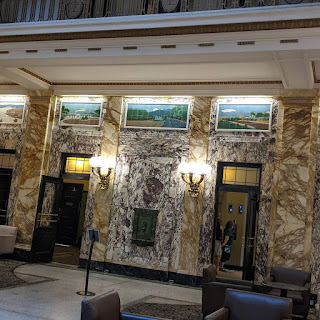 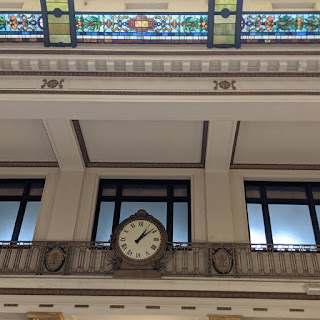 The station was officially dedicated on November 11, 1908, when a trainload of  D.L.&W. officials, headed by D.L.W. President William Truesdale, arrived in Scranton from New York. Following the ceremony, an open house was held to allow local citizens a glimpse of the new facility.

In the early 1980's, plans were afoot by city leaders to redevelop the train station and in 1982, the building was purchased by MetroAction, a Scranton Chamber of Commerce Corporation focused on downtown development. With a combination of private, public and business funding,  a $13 million renovation was underway and in 1983 the business opened on New Years Eve as a Hilton, with musical entertainment provided by the Guy Lombardo Orchestra. A decade later, the building was purchased by DanMar Hotel Inc and now operates as a Radisson.
Learn more about the History of Railroading at Steamtown

Within walking distance from the Radisson, is a destination for those who are interested in learning more about the history and technology of steam railroading, Steamtown, located in downtown Scranton, is run by the National Park Service (NPS). The 65-acre site operates at the former Scranton yards of the Delaware, Lackawanna and Western Railroad (DL&W). NPS developed Steamtown by using existing portions of the Roundhouse (dating from 1902, 1917 and 1937), as part of the museum complex, adding to it a visitor center, a theater and a technology and history museum. 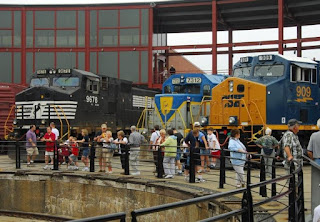 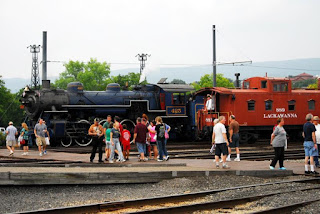 The 250-seat Surround Sound theater at Steamtown offers visitors a glimpse into the life of a railroader with its 18-minute film called “Steel and Steam.” The History Museum provides guests with a railroading timeline from the early days of rail through the 1980s. The technology museum houses a steam locomotive, caboose and boxcar and explores some of the more technical aspects of railroading from using steam, to operating signals and learning railroad jargon.

A highlight of the visit for many is the 30-minute ride on a vintage train.

Lift a Glass to the Wineries 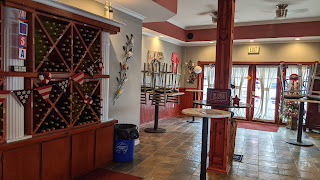 Scranton is home to several wineries and a meadery. Locate on Main Street is the Lucchi Family Wine Cellars located at 134 W. Main Avenue. Robert Lucchi is the son of the late Mario Lucchi and Catherine Ravioli Lucchi. His parents immigrated from Bologna, Italy to settle in Scranton in the early 1900’s where Robert learned by helping his father at a very young age. Today, Robert and his son Mark work together to bring their award-winning wine to the public.

Further down the road a bit, in Dunmore, is Space Time Mead and Cider Works. President and winemaker Dan Schreffler has won several awards, including some won at the Mazer Cup International, which Schreffler calls the "Olympics of Mead."

Mead, one of the oldest alcoholic beverages known to man, is experiencing a resurgence in popularity and Schreffler is always happy to help customers choose one that they will enjoy.
Snakes, Sharks and Psychedelic Frogs, Oh My!
Scranton is also home to a small mall called "The MarketPlace at Steamtown," where you'll find a Boscovs, Shoe Dept., Starbucks, Auntie Anne's and other chain stores, but it's not often one finds an aquarium in a mall. 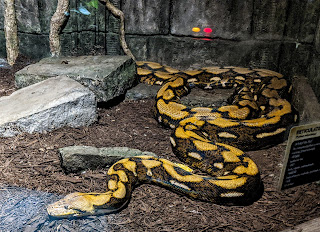 The Electric City Aquarium & Reptile Den spans 20,000 square feet and is home to a litany of sea creatures and reptiles that captivate both young and old. During our visit, we saw frogs, more fish than I can enumerate, lizards, snakes, stingrays, and much more. Everywhere we turned there seem to be an exhibit that elicited oohs and aahs from the crowd. Below is a little taste of what to expect.

Fans of the sitcom "The Office" may enjoy the self-guided walking tour that is available here at the VisitNePa.org website.  Fair warning, however. "The Office" was mostly filmed in Los Angeles. I don't want folks to visit there thinking that they'll see quite a few sites relative to the sitcom. That happened to me in Punxutawny, Pennsylvania when I visited thinking I'd see the stomping grounds of Bill Murray in Groundhog Day. I learned afterwards that Groundhog Day was mostly filmed in a town in Indiana.  However, Bill Murray is the only cast member of the film to ever visit "Punxy" after production. Back to Scranton! There are a few places in Scranton that Office fans will recognize, like watering holes and restaurants favored by the Dunder Mifflin staff like Poor Richards Pub and Alfredo's pizza cafe.
If you saw Dwight and Michael rap about Scranton being the "Electric City" and wondered what that was all about, you might be interested to learn that electric lights were introduced to the public in 1880 at Dickson Locomotive Works, which paved the way for electric streetcars. If you visit Scranton, you''ll see the gorgeous Electric City neon sign downtown and if you venture out at night, you can't miss it.
Good Eats!
Anyone who knows me well is aware of my affinity for mofongo. The Dominican Republic dish made with fried plantains and cracklings is a delicious carb bomb that I happen to love. In my area, it's hard to come across, so I didn't expect to be able to indulge in Scranton. Boy, was I surprised. Located at 1001 S. Main Avenue is Wanda's Mofongo House. I'm glad I was paying attention earlier in the day or I would have missed it. If you've never tasted mofongo, this would be a great place to order it. I thoroughly enjoyed my meal there.
If mofongo isn't your thing, you can also order items like quesadillas, pork chops, roasted chicken, steaks and seafood. Wanda's is open seven days a week for both lunch and dinner.
Another place we visited while in the area was a little off the beaten path, but we loved the outside atmosphere and the food, even though we had to park about half a mile away.
That place, located in Simpson, Pennsylvania, is about a half-hour drive from Scranton and when we drove up to it, we were shocked, thinking perhaps a carnival was in town. Cars lined each side of the narrow street for blocks. We soon discovered that they were all there as customers of Frank's Place.  I guess they were on to something. It turns out that the old-school Italian eatery has been around and in the same family since 1968 and serves delicious, simple food for a reasonable price.

We enjoyed our trip to Scranton and found plenty to do during our all-too-short stay there and I might also mention that most places were open and operating as usual, despite Covid. My husband and I were especially glad to support the mom-and-pop operations that have taken the brunt of this pandemic. We just hope that more people will continue to do so as we transition to the winter months.
Posted by Stephanie Kalina-Metzger at 5:20 PM

Email ThisBlogThis!Share to TwitterShare to FacebookShare to Pinterest
Labels: Scranton