A Beautiful Change of Scenery at Maryland's Historic Eastern Shore 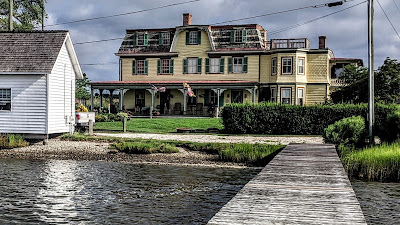 This has been a decidedly different summer and a markedly different year. Thanks COVID. These days I'm traveling less often and looking for different kinds of trips. Last month I enjoyed the serenity of the rural countryside of New Holland, Pennsylvania and this month I traveled to a remote region of rural Maryland. In both instances I was rather shocked to discover that both accommodations were TV free, which is something to be aware of if you plan to stay at either destination. I suppose this is the host's way of encouraging folks to enjoy the great outdoors and I can't say they were wrong, although I am capable of doing both, just sayin.' Nevertheless, both areas were beautiful in their own unique way and escaping house arrest is always exciting these days, no matter how you cut it.

What inspired me to visit rural Maryland was actually the Ward Museum of Wildfowl Art in Salisbury. I stumbled on a few stunning pictures of their collection while browsing Instagram and came to the conclusion I needed to see the collection in person and as I browsed pictures of the region, I learned that Maryland's eastern shore is picturesque, peaceful and private. The short, two-day getaway afforded us plenty of time to take in the scenery and enjoy a few destinations while in the area.

Kayaking on the Serene Blackwater River 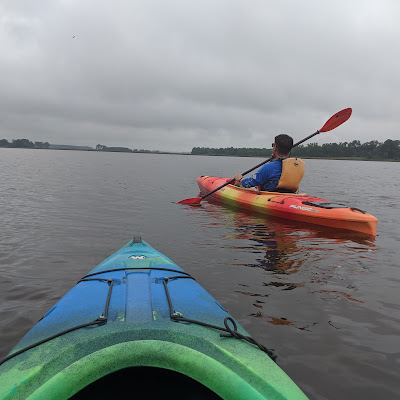 We've been experiencing a drought where I live, so imagine my surprise when it rained nonstop during the first day of our visit. Nonetheless, I made it out on the Blackwater River while getting just a bit wet and I'm glad that I did.

Watching wildlife is always enjoyable from the vantage point of a kayak and paddling through the calm, brackish waters of the Blackwater River is an easy way to take in the beauty of the Blackwater Wildlife Refuge. Matt Meredith’s family have been residents of the area since its founding in the mid-1600s and have been conducting tours at their business Blackwater Adventures for years.

If you’re a birdwatcher, this is where you’ll want to be. If you’re lucky, you’ll spot eagles, ospreys and heron, or have the opportunity to take a photo of an eagle’s nest like I did.

A word of warning: Be sure to take a map along  because your cell phone may as well be a brick in this neck of the woods and you’re likely to get lost on the way to meet Matt. Don’t ask me how I know.
The Ward Museum of Wildfowl Art
Located at Salisbury University, the waterfront museum established in 1993 and inspired by talented decoy carvers Lem and Steve Ward, is comprised of six galleries, two which rotate periodically.

What is unique about the museum is that most every piece of wildfowl art is crafted of wood, from majestic owls, to ducks which appear to be soaring in mid-flight. 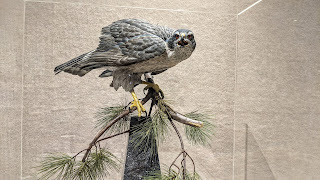 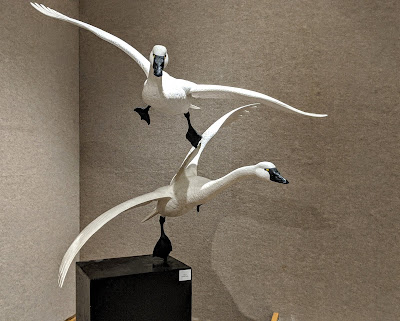 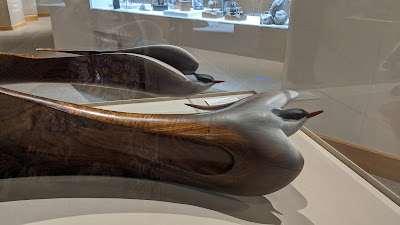 A particularly detailed piece depicts a hawk, wings akimbo, striving to snatch a fleeing pheasant (see above). These representations of wildfowl are so stunning that visitors often marvel at the talent of the carver behind them. Wooden “feathers,” in particular, tend to elicit exclamations of awe for their realism. Many of the wildfowl appear to be in mid-flight, thanks to one well-placed rod—a limitation required to compete in the Ward World Championship held annually in Ocean City Maryland. The competition draws more than 1,000 artists annually who compete in exhibitions to showcase their work, with many of the award-winning pieces gaining a temporary home at the museum.

Guests are invited to watch a short film about the simple, down-to-earth Ward brothers before leaving. To gain a little insight into the minds of these talented artists, I'll leave you with this poem written by Stephen Ward. 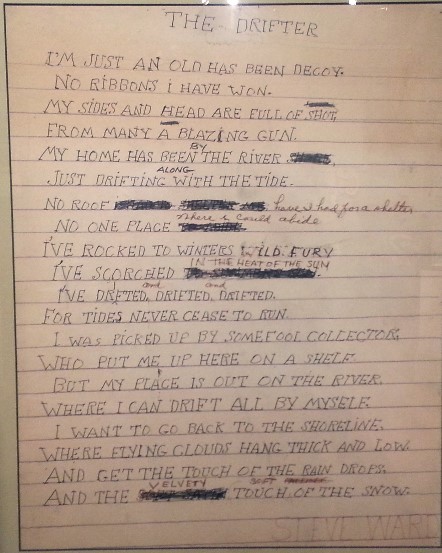 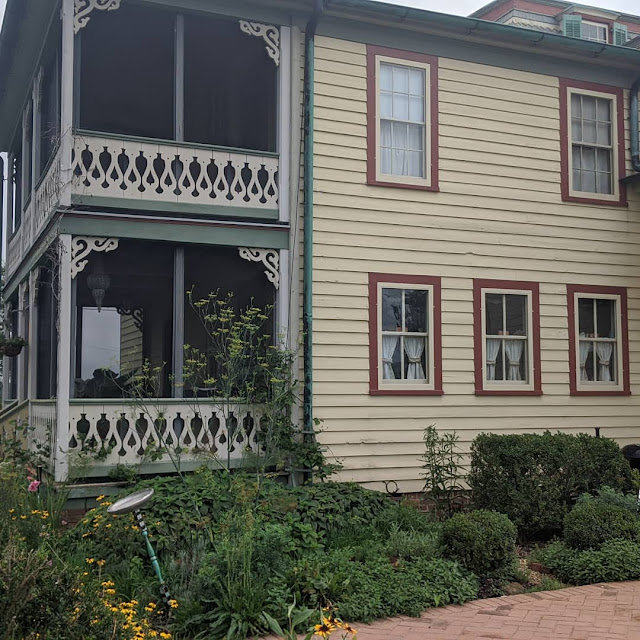 Located along the Wicomico River is the Whitehaven Hotel, built in 1810 as a private home. A ferry adjacent to the hotel dates back to 1685 and is known as the oldest publicly operated ferry in the country.  In the late 1800s, the village of Whitehaven was a bustling, vibrant community with shipyards, a canning factory, a school, a church and retail stores. 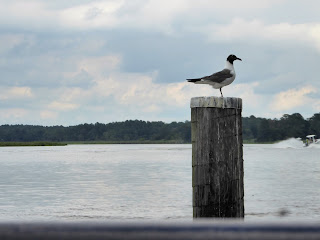 The demand for lodging necessitated the transformation of the private home into a hotel in 1877. The hotel was host to steamship passengers, which included salesmen who traveled among the farming communities. It also drew guests who arrived by horse and today it continues to connect the public to places like Quantico and Princess Anne.

Today, the hotel features eight guest rooms, with nary a television to be found. As for the internet? Let’s just say that if you recall “dial up,” then you can relate. Let’s just say your time will be better spent gliding through the water in a kayak on the Wicomico River, or relaxing on the spacious porch with a good book, or on a perch near the water while watching the ferry go by. 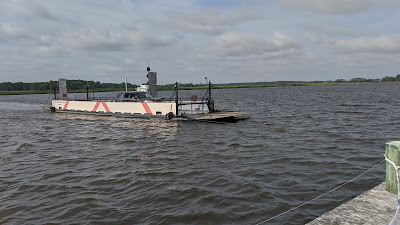 A 15-minute drive from the Whitehaven Hotel takes visitors to a longstanding, casual crab joint called “The Red Roost Crabhouse and Restaurant” which was established in the 1970's.

With trashcans at the end of tables for guests to sweep away detritus, you could say that the décor is more conducive to chowing down than ambiance. That matters not to customers who come from miles around to belly up to the picnic tables and eat their fill of shellfish and fried chicken for which the restaurant is known.

A good eatery near the Ward Museum in Salisbury is the Market Street Inn. They must be doing something right because they've been a fixture in the area since 1979 and in 2018 received the "Hall of Honor Award" from the Maryland Restaurant Association. Pictured is their version of deviled eggs and a Mediterranean salad. 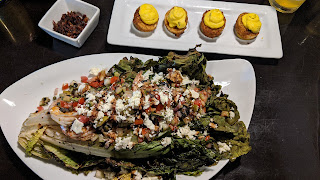 Another area favorite is a newer establishment: Evolution Craft Brewing Co. Public House in Salisbury. The micro-brewery and restaurant once housed an ice plant and since opening has won a number of awards, from “Best New Restaurant” in 2012, to “Best Raw Bar,” and “Best Craft Brewery.”

Located about an hour’s drive from Whitehaven are the Assateague and Chincoteague Islands, both of which are known for wild horses that roam free on the beaches.

Those who wish to stay closer to home base can take the free ferry to Princess Anne in Somerset county. There visitors can tour the 200-year-old Teackle Mansion, constructed between 1802 and 1819 by Littleton Dennis Teackle for his wife Elizabeth Upshur Teackle, or take the historic walking tour of the town (the innkeeper can provide you with the pamphlet).

Also notable is an antique shop that benefits the historical society in the area. I always say that you can tell a lot about an area by browsing their antique shops. This one carried an impressive collection of decoys. 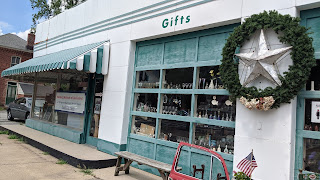 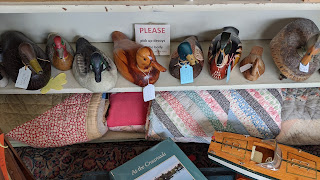 Getting away and unplugging from the bad news delivery system is sometimes good for what ails you, especially these days. I know that I returned much more relaxed and better able to take on life’s challenges thanks to a change of scenery and the simple serenity of a life unplugged.

Posted by Stephanie Kalina-Metzger at 5:07 PM