Located along the east bank of the Swatara Creek in Derry Township, Dauphin County, is a limestone cave that has been attracting explorers for thousands of years. Author Richard Hartwell, who wrote Indian Echo Caverns..a History, speculates that the first visitors could have been the wooly mammoths, citing a portion of the jaw of an extremely large animal that had been unearthed by a farmer in the 1850s. Hartwell quotes a writer who saw the find and described it thusly: "the teeth measure three-and-one-half, by seven-and-one-half inches and were evidently grinders of some animal of long ago, unknown to the zoological history of ancient, or modern times." Hartwell goes on to say that scientists now know that these were the teeth of the mastodon, or wooly mammoth.

Other interesting finds include spear heads located about a mile away from the caverns, causing Hartwell to  speculate that the gigantic animal could have been felled by early hunters who resided in the caverns.

Later, the Susquehannocks are said to have made their home there. It’s a mystery as to how long the occupation was, but speculation has it that before the end of the Archaic Period (8,000 B.C. – 1000 B.C.) they were living in other types of above-ground shelters. By the middle of the 1670s, the Susquehannocks were driven out by the Iroquois and Senecas.

The first to offer a description of the caverns for public consumption was Rev. Peter Miller of Ephrata, according to Hartwell. He called the caverns the “Grotto on the Swatara” in a letter he penned to be read before the American Philosophical Society in Philadelphia on March 3, 1783. In his letter, Miller describes the beauty of the cave and bemoans the fact that the country people were destroying it, which leads Hartwell to the conclusion that people were using it before the land was “warranted” in 1754. How exactly the beauty was being destroyed is made clearer in another letter written by the first Prothonotary of Dauphin County, who complains that the natural color and sheen of the walls was obscured by curious travelers carrying torches into the cave. Evidently the general public wasn't as preservation oriented as we all are today, judging by these early reports and the accounts of a Frenchman who traveled through Pennsylvania in 1794 and wrote about it in a journal in which he describes the interior as resembling Gothic architecture. “I cut off some stalactites, which I am keeping…” he wrote. Then there's the account of a a Philadelphia merchant who also visited the cave in the 1700s, only to return some 20 years later. “It has been much disfigured during that period by the frequency of burning straw, which is always used to light the apartments by strangers,” he wrote in his diary in 1817. After a bit of research, I discovered that the use of the word "apartments" here simply means "separated places" and indeed there are many in the cave, one of which was inhabited by a recluse, known as the Pennsylvania Hermit, which I'll mention more about later in this post.

According to Hartwell, initial ownership of the caverns is a little murky, but one thing we know for sure is that it has been traced to a Samuel Brehm who died in 1927 and E.M. Hershey, who sold it to Dr. U.S.G. Bieber, who served as Mayor of Kutztown and decided to commercialize the venture. A state charter was granted to Indian Echo Cave, Inc. of Hummelstown and the capital stock was $125K. Incorporators were Bieber, Marie Bieber and D.M. Ryan of Lancaster. The purpose of the new company was to “purchase, develop and operate a natural cavern for the benefit and enjoyment of the people.”

The group went to work ensuring that drain tiles were laid, material at the mouth of the cave was removed, stairs were built over fallen rocks, steps were constructed on the treacherous cliff to the entrance of the cave and 1700 lights were installed to illuminate every part of the cave. The corporation also installed a tree-lined driveway and converted a farm house into Indian Echo Inn, according to Hartwell.  In May, of 1929, businessmen, clergymen, politicians and others made it a point to visit the cave for its grand opening and then retired to the Inn for a repast.

The Pennsylvania Hermit
According to a well-circulated story, William (Amos) Wilson, was born in Lebanon in 1774 before moving to Chester County with his parents and his sister Elizabeth, who was two years his junior. While working at a Philadelphia hotel, Elizabeth was seduced by a man who promised to marry her. She became pregnant, ultimately giving birth to twins, as her lover reneged on his promise. Not long after the birth, hunters discovered the bodies of the infants in a nearby wooded area and she was charged with murder and sentenced to be hanged. Wilson pleaded the case to the Governor in Philadelphia who was moved enough to grant a stay of execution. Unfortunately, Wilson was stymied in his efforts to deliver the stay due to torrential rains and impassable streams. Elizabeth was hanged despite her brothers best efforts to save her and it was later suggested that the father was to blame for the murders.

Wilson ended up in the Hummelstown area and wracked with grief, sought shelter in the cave, isolating himself from the outside world, except to exchange goods for his support. He earned a living by making grindstones for farmers and spent 19 years there before passing in 1821.

The Sale after the Depression
The Corporation running the Indian Echo Cave and Inn failed during the Great Depression.  Eventually, control reverted to the Hummelstown National Bank. The Indian Echo Inn and its parking lot were sold separately and the Cave was purchased in 1942 by entrepreneur Edward Stover Swartz of Derry Township. A graduate of Hershey High School, Swartz initially pursued a career as a banker, but plans changed with the onset of the Depression. Swartz also opened up a service station, which grew into Swartz Service and Electric on the Hummelstown Square. For a time, Swartz also dabbled in the entertainment field, offering shows featuring country western music and comedy acts.

An Intriguing Find
One of the more interesting tidbits associated with Indian Echo Caverns lore is the mystery box found in 1919. According to Hartwell, five young men discovered the box in the “deepest recesses [of the caverns] beneath a heavy rock.” Contents of the box include a coin dating back to 480 B.C. and another dated 1288. Additional coins found in the collection hail from regions of the world like Egypt, Greece, Italy, the Byzantine (now Istanbul), England, Guatemala, China and Austria. A many-sided small block covered with strange characters was thought to be hollow, until a diminutive plug was discovered. When the plug was removed, a cylinder was found inside with directions on how to make diamonds with the aid of lightning. A small package, labeled “diamonds in the rough” contained moonstones. Jewelry was also found and included a cameo engraved “My Mother.”  The box is now in the permanent collection at Indian Echo Caverns and is on display in the gift shop, located near the parking lot, which many visit on their way into the caverns, or upon exiting. 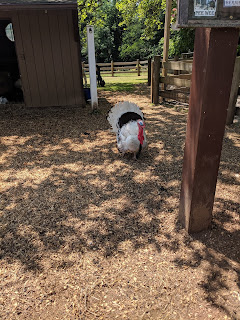 Indian Echo Caverns has managed to survive many years as a commercial venture and interest seems to ebb and flow with the changing times. Summer is generally the most popular time to visit since the caves maintain a cool 52 degrees year round.

For planning purposes, guided tours are conducted on the hour and last approximately 45 minutes.  Photography is permitted. Be sure to don comfortable footwear, preferably with closed toes since visitors have been known to step in small puddles that have formed around the cave.

To see additional pictures and learn more about hours of operation and rates, visit the Indian Echo Caverns website here.

Posted by Stephanie Kalina-Metzger at 7:04 PM