For Patsy Cline fans, it’s difficult to believe that the year 2017 marked the 54th anniversary of the legendary singer’s death, but fans and devotees continue to keep her memory alive.

Movies, books, musicals, plays and even blogs pay tribute to the life of the iconic performer and recording artist. A loyal fan club, run by her daughter Julie Fudge, is still going strong. Those interested in sharing their enthusiasm can learn more about the club here.
For the devoted Patsy Cline fans who enjoy her songs, sing her praises and are just plain “Crazy” about her, the pilgrimage to Winchester is a must.
A few weeks ago I visited her humble abode located in a residential section of Winchester at 608 S. Kent Street where tours are conducted from April through October.


Born to a Teenage Mother
Few would have predicted that future stardom would blossom from Patsy Cline's humble beginnings. Born Virginia Patterson Hensley in 1932 to a 16-year-old seamstress mother and a 43-year-old blacksmith father, the road was often rocky for the family, who, by all accounts, moved around quite a bit. After the father left the household in 1948, the family settled into the small Kent Street home pictured above.
Cline, who was introduced to music at an early age, often sang along with her mother Hilda in church. To make up for the income lost when the father left, Patsy dropped out of high school, working as a soda jerk and waitress. Despite her circumstances, the burgeoning young singer held tightly to her hopes and dreams.
Cline admired stars of the era like Jo Stafford and Hank Williams and in 1947 convinced a radio disc jockey to allow her to perform on his show. The talent coordinator, impressed by her potential, invited her back. This, in turn, led to more appearances at local establishments where she would sport her signature fringed Western outfits. 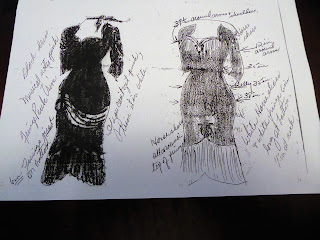 Patsy Cline gained national attention in 1957, when she landed a gig on Arthur Godfrey’s Talent Scouts. Singing her now-famous song, “Walkin’ After Midnight,” she wowed the audience, sending the applause meter into the stratosphere. “Walkin’” shot up to number two on the country music charts and climbed to number 16 on the pop charts, officially earning her the distinction of being one of the first country singers to achieve a “crossover” pop hit record.


From Triumph to Tragedy
Cline reached the height of her popularity in the early 1960s when she was named the number one female artist in 1961 and 1962. When she released, “I Fall to Pieces,” it, too, became a crossover hit and climbed to number one on the country charts and number six on the pop charts, once again demonstrating her wide appeal.  She went on to receive acclaim for a string of hits before tragedy struck.

On March 3, 1963, Cline sang at a benefit held at the Soldiers and Sailors Memorial Hall in Kansas City for the family of disc jockey “Cactus” Jack Call, who had died in an automobile accident approximately one month earlier. Dense fog prevented her from flying out of town the following day. Although friend Dottie West tried to convince her to take the 16-hour drive back to Nashville in the car, Cline opted instead to fly out on a small Piper PA-24 Comanche plane on March 5, ignoring reports of continued inclement weather which included high winds.

Cline’s manager, Randy Hughes, untrained in instrument flying, took the helm and on the evening of March 5, 1963, crashed the aircraft in the driving rain approximately 90 miles from Nashville.  Cline was dead at the age of 30.
Ten years after her death, in 1973, she became the first female artist to be inducted into the Country Music Hall of Fame.

Fans Keep Her Memory Alive
To this day, fans remain dedicated to keeping Patsy Cline’s memory alive. Her childhood house is open to tours, guided by dedicated volunteer docents who are eager to share details of the singer’s short life.
"It is a joy to meet the people who come from all over the world to visit the home of the legendary singer. Her music is still played and is very popular even though she died more than 50 years ago. I am proud that she grew up in the same community where I was born and live," said docent and volunteer Joyce McKay.

Fan Mark Borchers said he wasn’t exposed to Patsy Cline until 1980, when he took advantage of an introductory offer to purchase six eight-track tapes for a penny as part of his enrollment in a music club. “One of those was the Patsy Cline Story. "I played that tape to death and still have it to this day,” he said. Borchers, who read a book about Cline, learned her mother Hilda’s general address and decided to send her a note. Hilda wrote back and that was the beginning of a meaningful friendship. Not only did Borchers learn details on how to join the fan club, but he was eventually invited to Hilda’s house where he dined with the family and even held Cline’s Lifetime Achievement Grammy. “Hilda retrieved it from the closet and I held it in my hands--talk about a special moment in a young man’s life,” said Borchers.

Paying Respects
Having finished my tour of the house, I took a moment to pay my respects to the singer who is laid to rest at nearby Shenandoah Memorial Park with her beloved husband Charlie Dick. Her unassuming grave can be spotted behind the funeral home. Be sure to bring along at least one penny to lay on her grave--a tradition that's said to bring good luck.

To learn more about the Patsy Cline house, or to plan a visit, be sure to visit the web page at http://celebratingpatsycline.org/.

Posted by Stephanie Kalina-Metzger at 3:48 PM