Every mansion tells a story and much can be learned from those who work diligently to keep history alive, from volunteer docents, to historical societies around the country.

The Fort Hunter Mansion, nestled along the banks of the Susquehanna River just six miles north of Pennsylvania's capital, tells a tale of the region's past and the story of a woman by the name of Margaret Meigs who led the charge to preserve it.

Thanks to Meigs' efforts, people from miles around travel to Fort Hunter to learn more about the area settled in 1725. Named "Hunters Mill," after Samuel Hunter, a pioneer who owned a grist mill in the area, the settlement thrived for years until the French and Indian War threatened its existence. To protect the area, the British built a series of forts stretching from Harrisburg to Sunbury. "Fort Hunter," as it came to be known, was built in a bend along the river in 1756 and served as a supply depot and alarm station.

In the spring of 1787, Archibald McAlister of Londonderry Township, purchased the property from John and Mary Garber and turned it into a thriving frontier village. McAlister's many business pursuits included distilling and selling alcoholic beverages in cities like Philadelphia. Upon Archibald's passing, his son John took over the property. John served as the first captain of the Dauphin County Cavalry and played a prominent role in the building of the Pennsylvania Canal.

In 1870, Daniel Dick Boas of Harrisburg assumed ownership of the property. Boas owned a lumberyard in Shipoke and served as President of the Harrisburg School Board for 18 years. Boas School on Sixth Street in the city was named after the civic-minded individual who met an untimely death in a carriage accident at age 62. The property received little TLC until Boas' daughter Helen married John Whitehill Reily and the couple moved in to begin married life in the stately mansion that overlooked the river. It remained in the family for years until a niece by the name of Margaret Meigs decided to turn the property into a museum by creating a foundation to preserve its history after the death of her Aunt Helen and Uncle John.

Meigs, a woman of means, raised her own family in a five-story townhouse on M Street in Washington, D.C., which was once the resident of Alice Longworth, Theodore Roosevelt's eldest daughter. Energetic and generous of her time, Meigs served on the board of trustees for the Sidwell Friends School, was a founder and president of the Women's National Democratic Club and served on numerous other boards as well. Her husband, Edward, worked as a physiologist with the Bureau of Dairy Industry in the federal Department of Agriculture.

When Aunt Helen and Uncle John Reily passed, Margaret inherited part of the Fort Hunter property. Meigs, who enjoyed spending time with them on picnics and outings on the property, wanted to do something special with the property due to her sentimental attachment to the area. She approached her cousins with an idea and on April 20, 1933, it opened to the public as a museum.

The first directors of the foundation were Margaret, her four children, her sister's daughter and prominent Harrisburg attorney Spencer G. Hall. The mission of the foundation was to operate Fort Hunter as a "living history museum" to represent a comfortable high/middle-class home of the late 18th and 19th centuries. Author Carl A. Dickson, who wrote, "Fort Hunter Mansion and Park, a Guide, said, "In opening the museum, Margaret had the opportunity to experiment in the creation of historical period rooms, using the many raw ingredients existing in the house from the various Reily and Meigs homes. Because of the overwhelming number of items from the second half of the nineteenth century, she decided that the interiors of the mansion would reflect the early Victorian period."

According to Dickson, Meigs quickly became an 'evangelist' for the museum, taking on speaking engagements to share the history with others. She hired photographers for stills and postcards of the attractive property and developed slogans to spread the word. Two of the most oft-used slogans were: "Fort Hunter: Where the Blue Mountains Cross the Susquehanna," and "Fort Hunter: Where Godey's Ladey's Book Comes to Life." (Learn more about "Godey's Lady's Book here.) 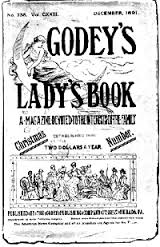 Meigs' trips from Washington, D.C. eventually became fewer and fewer as she grew older and in 1958, she died in her home on M Street. On "Fort Hunter Day" in 1960, her children placed a memorial on the property--a birdbath constructed of handmade tiles and bricks from her demolished Washington home.
Through a series of twists and turns too numerous to mention here, Dauphin County took control of the property in 1980 when 38 acres, the buildings, the endowment fund and their contents were transferred from the Fort Hunter Foundation. The county still strives to maintain the property's historical integrity as Meigs intended.

Today mansion guests are invited to view a short film on the history of the area before being escorted through the Federal style mansion where they can view many original furnishings depicting life during a simpler era. 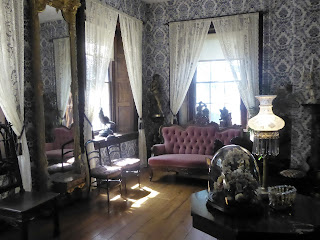 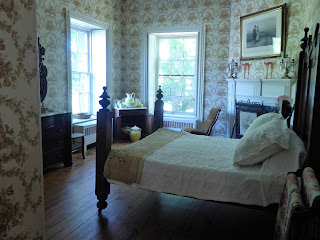 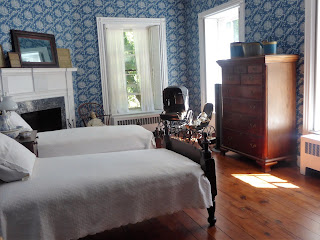 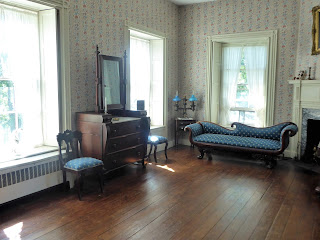 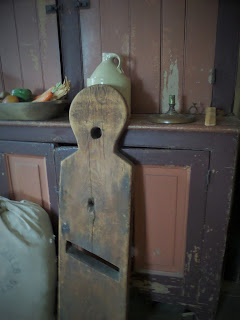 A walking tour of the grounds offers magnificent views of the Susquehanna and a centuries-old Buttonwood Tree towers over the property. An old ice house located behind the mansion was built in 1814 and an impressive Centennial Barn built in 1876 and once used for a dairy operation, is located directly across the street. Also present on the property is the Spring House built around the year 1800 and a Tavern House thought to be the oldest structure on the property. 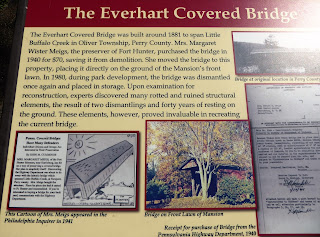 The self-guided grounds tour is free and the 45-minute mansion tour costs $5. "It makes for a nice little outing without having to spend a lot of money," said Park Manager, Julia Hair.

Upcoming events:
From 10 a.m. to 3 p.m. from September 7 through September 30, the Pennsylvania State Historic and Museum Commission will be conducting an archeological expedition. This is the 10th year for the free event where state archeologists search for artifacts dating back to the 1700s, as well as objects from prehistoric Indians. Members of the public are invited to observe.

From September 11 to September 13, Dauphin County will host its annual Jazz & Wine fest on the grounds of Fort Hunter Park from 4 to 9 p.m. each evening and on September 18, the annual free autumn festival will take place from 10 a.m. to 5 p.m. On tap: a craft show, children's activities, exhibits, music and more.

Posted by Stephanie Kalina-Metzger at 1:40 PM