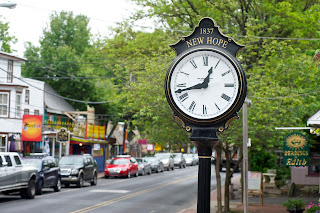 New Hope, located along what was once the main highway between Philadelphia and New York City, was also the choice of travelers for overnight stays before they were ferried across the Delaware River the following morning. George Washington was even said to have stayed here the night prior to his crossing of the Delaware River. Originally known as "Coryell's Ferry," the small town later became known as New Hope after a fire in 1790 destroyed several mills in the area. The reconstruction project gave the town "new hope" and the name stuck. 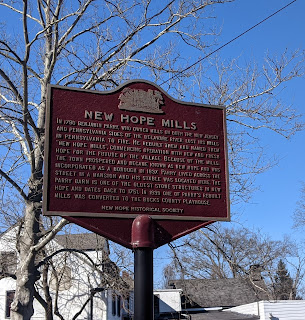 For history lovers, the Bucks County town delights with several historic sites. There's the Joshua Ely House, comprised of two sections: one built in the 18th century and the other built in the 19th century. The fieldstone house is one of the last examples of the large "Manor" type residences and is exemplary of the wealth of farmer Joshua Ely. The historic home was added to the National Register of Historic Places in 1985 and, for a time, was the location of a fine dining restaurant by the name of La Bonne Auberge.

Located across the street from the Joshua Ely House is the Parry Mansion Museum, built in 1784 by one of New Hope's founders, Benjamin Parry. The structure is now home to the New Hope Historical Society and visitors can arrange to tour the 11-room mansion, free of charge, during normal times, of course. Pennsylvania's historical sites are slated to resume operations on April 30, 2021, but it would be best to check their website before making plans.

Another notable historic structure, which I regrettably failed to lay eyes on, is the Cintra Mansion, located at 181 W. Bridge Street. The mansion was built in the 1800s and is said to have been designed like a Portuguese palace and was owned by a wealthy industrialist by the name of William Maris, who was forced to sell it to the Ely family after the demise of the cotton mill in 1835. It remained in the family for 100 years until Joseph Stanley and his partner Dewey Curtis purchased the property in 1973. Curtis, who was once a curator for Pennsbury Manor, worked with Stanley in the antique business, using the first floor as a showroom. When Stanley died in 2008, the house went on the market. The last article I could find about the place was an account written by a reporter in 2013, where plans were being hatched to transform it into condos.
Also of note is the William Kitchen House comprised of three sections, with the oldest being built in 1770. You can learn more about William Kitchen by clicking on this link.
A Cornucopia of Shopping Opportunities

There are quite a few small, boutique shops in New Hope, where one can buy clothes, gifts, toys, candy and more. One of my favorite shops for browsing is the Topeo Gallery. The shop specializes in glass creations like beautiful lamps and gift items. If any of those lamps catch your eye, you can take one home for between $550 and $1200 apiece. I settled on buying two pairs of attractive earrings for $16, proving that some of their items are budget friendly, as well. 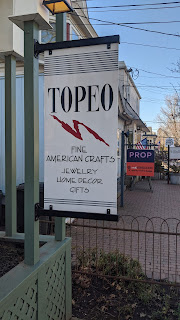 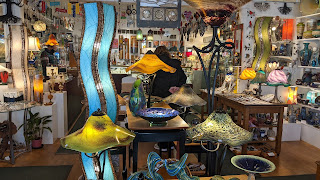 If you have kids, or grands, you might want to stop near the train station at the Playful Mule, where you can find games, kids' books, dolls, blocks, water toys and a whole host of other items that children will be sure to enjoy.
Good Eats
One of the newer attractions in New Hope is the Ferry Market. Established in 2016, the Ferry Market, located at 32 S. Main Street, offers a wide selection of food to tempt your tastebuds, from pizza, to coffee, to vegan dishes and macarons, there's a little something for everyone.
During our short stay, we chose to dine at Martine's Riverhouse Restaurant. The attractive eatery located along the banks of the Deleware River, serves American seasonal cuisine in a casual setting and boasts the best view in New Hope. 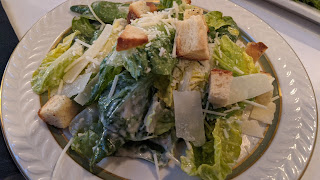 Comfortable Lodging
You'll find a whole host of B&Bs in New Hope, along with some standard lodging a bit further out of town. One notable change that may surprise you if you haven't visited in awhile, is that the historic Logan Inn is being expanded and transformed into an improved version of its former self. The Logan Inn, known as Buck's County's oldest and only in-town continuously operating Inn, was sold for $5.6 million dollars to Landmark Realty in 2016 and is currently fenced in as work continues to be done. Landmark Realty, which has a reputation for adaptive reuse, plans to improve the Inn's curb appeal and work with New Hope's Historical Architectural Review Board to renovate and return the property to its landmark status.
We chose to stay in the heart of the action at Olivia's Bridge Street Inn. The Inn, built in 1817, is nestled along the canal and is conveniently within walking distance of most shops and restaurants. The fact that we had our own parking space made it even more attractive and our comfortable room sealed the deal for future stays. 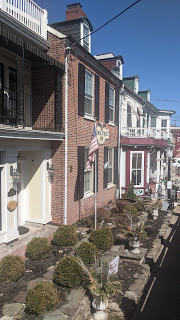 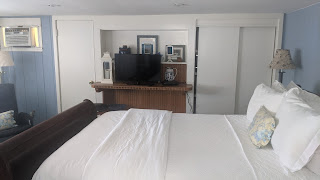 The Bucks County Playhouse
The Bucks County Playhouse deserves its own category for its history alone. The Playhouse is located on the site of the former grist mill I mentioned earlier and dates back to the 1930s.
Its website boasts a long list of famous stars deemed, "theatrical royalty." Among the many are Grace Kelly, June Lockhart, Kitty Carlisle, George C. Scott, Dick Van Dyke, George Segal, Bob Fosse, Angela Lansbury, Jack Klugman and many more.
Take a Train Ride 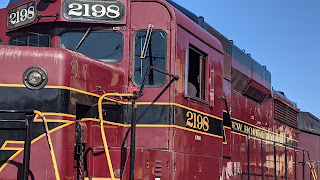 The New Hope Railroad is fun for the entire family and offers one-hour round-trip excursions from New Hope to Lehaska. The railroad also hosts special holiday events, like the most recent Easter Bunny Express. You can learn more about upcoming trips by visiting their website here.
My stay was short, but jam packed and that's what's nice about New Hope. You can see quite a bit in a short amount of time. Hopefully these few suggestions will jump start some ideas on how you can best enjoy this quaint, charming, electic little town.
Posted by Stephanie Kalina-Metzger at 3:53 PM