Last week I received another "Hello Fresh" shipment and have since decided to discontinue my subscription, not due to the food, or even the recipes, for that matter. It's both the time and money investment that ultimately helped me make the final decision.

When ordering the first box, nearly everyone takes advantage of the $40 discount, which brings the price down to $29, for six meals, making it a bit more palatable, so to speak. Subsequent boxes cost $69, making the grand total  $11.50 for each healthy, fresh meal, which isn't all that bad either.

Using the service also has the added benefit of forcing people out of their comfort zone a bit, which is a nice change for those in a rut who find themselves turning to the same old dinner options time and time again.

For me, time factor was a big issue. My husband and I are often running in different directions during the evenings, so chopping, grating, dicing and prepping food for 45 minutes isn't always conducive to our busy schedules.

That's not to say that the time factor is in any way overwhelming. After all, most of the ingredients are measured out, which eliminates the time spent searching the pantry for that elusive ingredient.  The downside is the service provides just enough soy sauce, ginger, etc., for dish preparation and nothing is left over to be used later.

Then there's the little issue with pausing your subscription, which the service allows, but that can be a little dicey, since they require an "end" to the pause.  I have no doubt that subscribers sometimes forget when they ended their "pause" and are surprised to find a box at the door.

A piece of advice for those canceling: call right after you receive the last box that you want. I tried calling four days in advance and was told it was too late for the next delivery.

With all that said, I do admit I've enjoyed the service and the meals I made with the ingredients in the two boxes that I received.

The most recent box arrived with ingredients to prepare
chicken meatballs & gnocchi with sage, parmesan and apple, a Korean specialty called Bibimbap and last, but not least, pork medallions with Tarragon cream sauce, potatoes and Brussels sprouts.

My Italian grandmother's meatballs were legendary, so I would never think of using the word chicken in the same sentence as meatball, let alone making or eating chicken meatballs. But there I was, stuck with ingredients and a bill to show for it, so I followed the directions and made the best of it.

Here's a picture of the finished product from the recipe card, enclosed in the kit.

I have to admit, the dish was unexpectedly tasty. The ground chicken was jazzed up a bit with salt, pepper, grated apple and onion, rolled into balls and then fried in oil, so blandness wasn't an issue, as I had initially feared.

The gnocchi was light and tender after a quick boil and then plunged into an oiled pan with sage, Parmesan, butter, spinach and baked apple wedges. The flavor of the sage was surprisingly subtle and matched well without overwhelming the flavor of the fall dish.Would I make it again? That's yet to be determined.

I recognized the second dish, Korean Bibimbap, as something I ordered before at Korealicious, a local restaurant. Carrot and zucchini ribbons are sauteed with mushrooms, ginger and garlic and then added to sliced steak which is marinated in soy sauce and seared. The ingredients are served over rice, topped with an over-easy egg and pickled scallions. The dish was full of flavor and texture.

The last dish was a little less exotic, yet tasty, nonetheless. It's a dish I'll likely make again due to its quick preparation time and an added plus for those with dietary issues is that it's also gluten free.

It's as simple as slicing Brussels sprouts into shreds, making potatoes, slicing a pork tenderloin into medallions and making an easy sauce, which is the best part of the dish.


Made with chicken stock concentrate, water, chopped tarragon and finished with sour cream, it's a delicious accompaniment to any pork dish.

That's it for my venture into subscription box territory, for now. Who knows, I may try another at some point, but only after the hustle and bustle of the holidays are over.

Next Up: I do travel to places other than Gettysburg, but because I've been tipped off about a very cool museum there, I'm heading back that way again this Friday and that will be it for Gettysburg for awhile. 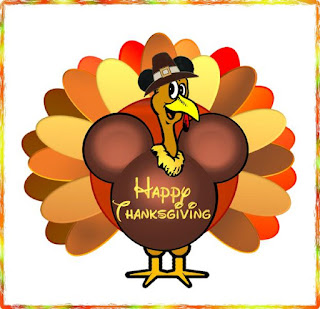 Posted by Stephanie Kalina-Metzger at 9:39 PM